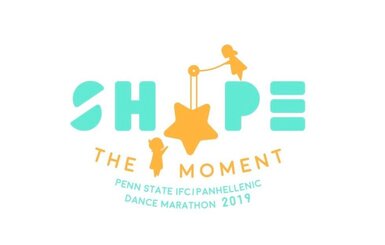 What is THON?
​
The mission of the Penn State IFC/Panhellenic Dance Marathon is to conquer pediatric cancer by providing outstanding emotional and financial support to the children, families, researchers, and staff.

The Penn State IFC/Panhellenic Dance Marathon is a year-long fundraising and awareness campaign for the fight against pediatric cancer. This effort engages more than 16,500 students across the Commonwealth of Pennsylvania in hopes of finding a cure
​
The year culminates with a 46 hour no-sitting, no-sleeping dance marathon known as THON Weekend. This event is held at Penn State's Bryce Jordan Center each year in the month February. In 2020, THON raised $11.69 million dollars.

For more information, visit THON's Website!
﻿THON.org﻿
What is the Four Diamonds Fund?

Charles and Irma Millard established the Four Diamonds in 1972 after the death of their son, Christopher, who was diagnosed with cancer at the age of 11. Today a board of civic leaders from counties throughout central Pennsylvania advises the fund.

How the Fund got its name and what it means
The Four Diamonds is named after a story that Christopher Millard wrote shortly before he lost his battle with cancer at the age of 14. In Chris’ story, a knight must find the four diamonds of Courage, Wisdom, Honesty and Strength in order to be released from captivity by an evil sorceress. The four diamonds are symbolic of the traits Chris believed were necessary to overcome cancer.

Families Served
Since 1972, the Four Diamonds has served more than 3,700 families, primarily from the central Pennsylvania area, but also from surrounding states. Approximately 100 new families a year become Four Diamonds families. Our commitment to these children extends into their adulthood. With some patients in their thirties, their survival offers hope for better treatment and a cure for all childhood cancer. 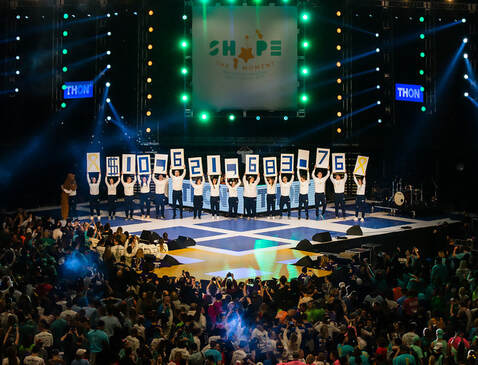 ​How Can Four Diamonds Help Your Family?
​​
Financial Support
The fund covers all expenses for the care and treatment of the children not paid for by insurance or other means. In addition, Four Diamonds assists families with expenses that have the potential to disrupt the welfare of their child, by paying for necessary expenses such as car repairs, rent, or household utilities.

Research Support
Since 1993, the Four Diamonds has annually supported research projects that relate to pediatric cancer conducted at the Penn State College of Medicine. In 1999, the fund established the Four Diamonds Pediatric Cancer Research Institute with a $5 million commitment from the Penn State IFC/Panhellenic Dance Marathon, which they completed in three years, two years ahead of their anticipated date. The goal of the endowment is to positively impact the lives of children with cancer around the world, now and in the future. Dr. Barbara A. Miller holds the Christopher Millard Chair for Pediatric Research.  Since then the endowment for research has grown to over $30 million.

How Funds Are Raised
In 1977, the Four Diamonds became the sole beneficiary of the Penn State IFC/Panhellenic Dance Marathon (THON™), the largest student-run philanthropy in the nation. Since 1977, THON has raised more than $168 million benefiting the Four Diamonds. Inspired by THON, over 280 schools in eight states (and counting!) have held their own mini dance marathons and have contributed more than $5.5 million to the Fund. Other sources of financial support include community events, corporate donors, foundations, and individuals committed to helping to find a cure for pediatric cancer.

How Funds Are Allocated
Committees consisting of Four Diamonds Advisory Board members and Penn State Hershey Children's Hospital staff and administrators annually review requests for funding to cover expenses in the areas of patient care, clinical operations, research, and administration.  The committees review the requests and make recommendations to the Dean of the College of Medicine who gives the final approval of the annual allocation of funds.